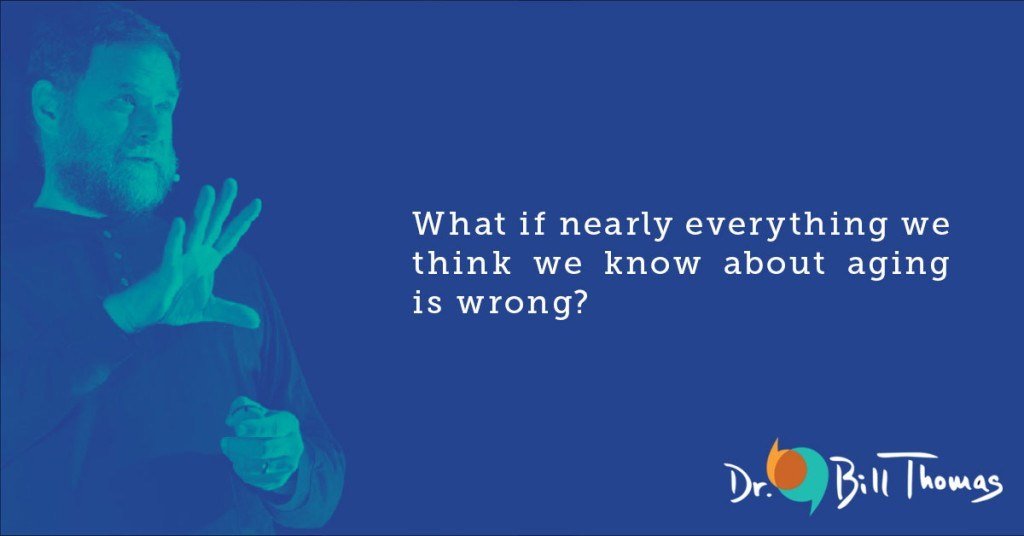 Tickets are now on sale for spring 2016 Age of Disruption Tour events! Click here for a full calendar or find your city in the right-hand toolbar.

We’re excited to include so many new cities in the 2016 lineup and to launch a groundbreaking new workshop Disrupt Dementia.

If you’re in one of our new cities you might be asking, “What’s this all about?”

Dr. Thomas created the Tour to introduce audiences to a very simple but fundamentally counter-cultural concept — AGING equals GROWTH. His vision is to empower people to “play life’s most dangerous game” (aka aging) by opening their eyes to the possibility of growth late in life that our ageist culture has told them does not exist.

The tour features a series of events in each city capped by Dr. Thomas’ signature evening performance, Life’s Most Dangerous Game. The performance channels inspiration from the ancient Greeks in the form of a “non-fiction” theatrical stage production featuring the unconventional pairing of a physician (Dr. Thomas) and a musician, Nate Silas Richardson.

“When you’re looking for tools that are going to help you change a society, you look at things that endure,” Dr. Thomas recently explained in a news interview. “I thought to myself: theater. It’s been influencing us for thousands of years. I need to influence society, and PowerPoint is not going to cut it. So I made a decision to become a performer, and to perform nonfiction theater.”

The 2016 tour will also include an exciting new event designed to champion the cause of growth even for those who are most stigmatized and marginalized by society’s ageism – people living with dementia.

Across the country people living with dementia and friends are creating opportunities to socialize and reconnect with their communities through Alzheimer’s Cafes, art and fitness classes, theater and museum outings. Advocates and researchers are discovering untapped potential for music and arts to engage people considered lost to dementia, as demonstrated in the groundbreaking documentary film Alive Inside that debuted nationally through Dr. Thomas’ first national tour in 2014.

Dr. Thomas will partner again with Alive Inside director Michael Rossatto-Bennett to invite communities to Disrupt Dementia and experience a new vision of intergenerational engagement and transformation through the power of music and memory.

Disrupt Dementia is a two-part afternoon workshop that will premiere a new documentary film by Rossato-Bennett, followed by live music from Nate Silas Richardson and international recording artist Samite. The second half of the workshop is currently in the design stage — the process will be iterative and we’re working with Connecticut-based Alzheimer’s Resource Center, one of the nation’s leading organizations on community engagement for people living with dementia, to design a workshop by and for people living with dementia and community partners interested in being part of the new dementia story.

“Inspiring people to disrupt dementia can have a ripple effect in helping them to disrupt aging both personally and in their communities,” Dr. Thomas said. “Disrupting people’s deepest and most ageist fears will change how they feel about their own aging.”

If you would like to help support the tour we are currently organizing local steering committees in all 30 cities to guide our outreach and help us engage with as many people as possible. Contact us here to sign up!

There are no upcoming events at this time.